Prevents bacteria building up and keeps smells away

Prevents bacteria building up and keeps smells away

Absorbs moisture and liquid without feeling heavy or bulky

if you're not period-ing better within 60 days, we'll give you your money back. no questions asked. 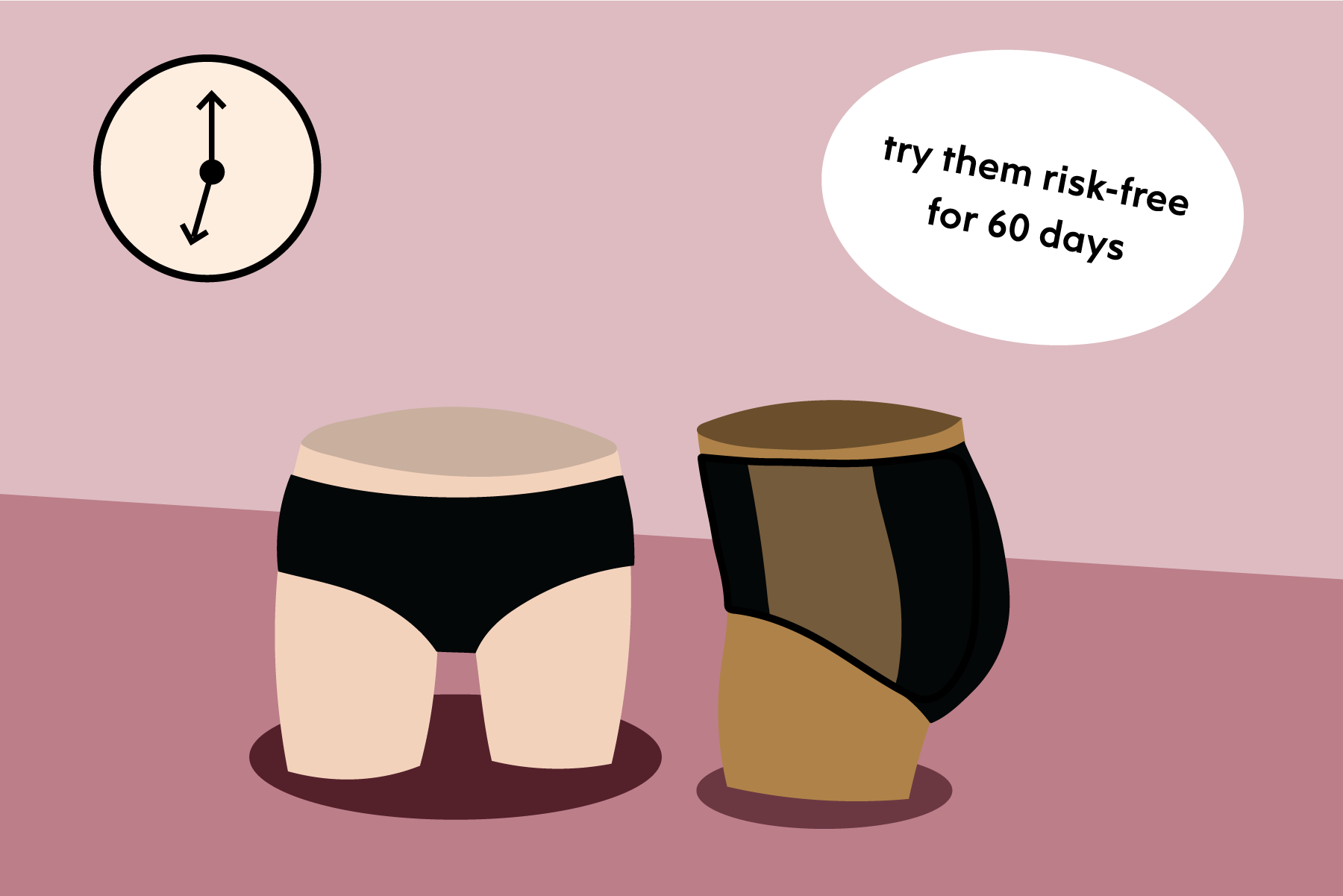 We offer free returns and exchanges within 60 days of purchase, no questions asked! Just visit our Return & Exchange Centre to get started.

how long can i wear them?

If cared for properly, our undies are likely to have a maximum tech performance of approximately 3 years. This means washing them on a 30-40 degree wash with the rest of your delicates, never using bleach or fabric softener, and hang drying! In terms of length of wear, we measure our undies by absorbency with our highest absorbency styles holding 4 tampons worth of fluid. For some customers, that means wearing them the whole day and for others that may mean carrying an extra pair of FLUX Undies as a backup.

how do they work?

FLUX Undies are underwear that absorbs your period. Every pair is made with technology that absorbs your flow, wicks moisture, controls odour, and prevents leaks — leaving you fresh and dry. Take a look at our How it Works page to learn more.

how do i find the right size?

We recommend following the hip measurement, as most of our styles sit on the hips. Be sure to measure your hips at their widest point to find the most accurate size for you! In case you don't have a tape measure, you can use the size you usually are most comfortable with for your underwear. We recommend the undies fit snuggly, but not so tight that it's uncomfortable. For reference, you can check out our size chart.